In honor of our semi-addiction to terrible TV, this furniture transformation is brought to you by "The Bachelorette" (please don't sue us, ABC Television - we're fans!).  It also has a little "Extreme Makeover" thrown in for good measure (See?  We watch all of your shows!).  This lovely bachelorette comes to us from Washington, DC, at an estate sale on my sister's street (talk about our picker not having to work very hard).  Laura/Lola saw her in a home that was about to be gutted and renovated, and we'd like to think that our bachelorette took the same journey as the house.  She's named Bernadette after the very nice man running the sale.  Hey, it's hard to make "Bernard" sound feminine, okay?

Let's not pay any attention to the fact that Bernadette sat in Laura/Lola's house for a YEAR with GREEN SHRINK WRAP holding her together (a lovely look, I must say), and the house that she came from?  Renovated entirely before we even cut the shrink wrap off of her!  In fact, the new family in the house is probably already thinking of moving.....but we finally got to her.  She was a little rough around the edges, but had distinguishing features that we knew could be brought back to life. As we often hear from our FAVORITE Monday night television drama that is in no way overexaggerated, she had a lot of love to give.  And some hot tubs to try. (At least a wipedown with some warm water.) 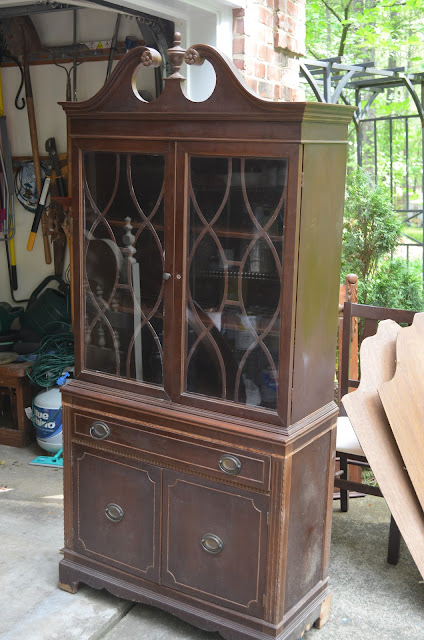 It took a little trial and error, though, as any good dating show, er, furniture project, does.  First, we tried painting her yellow, but Bernadette put up a fight (I told you she was a little rough around the edges).  She went a little "West Virginia hood rat" on the yellow and bled through, almost as if her spray tan was too dark for a light color.  (And if you get that reference, you might be eligible to join our club, Terrible TV Addicts Anonymous.)

So we settled on a classy gray!

Now she's gorgeous enough to jaunt around the world with multiple suitors, but she prefers life in North Carolina (so why didn't they choose any bachelors from NC?).  Anyway, we'd like to think she finally handed out her final rose and settled down for good.  Here she is, enjoying life in Dumped and Discovered reader April's house.  (There are even wedding pictures in her now!  That's got to be a good omen for Emily, right?) 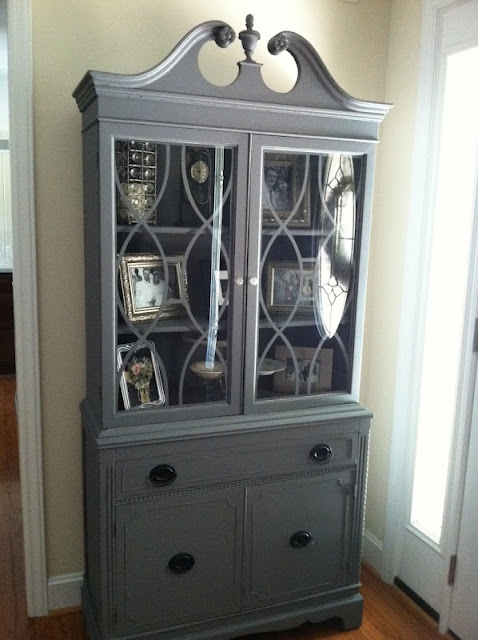